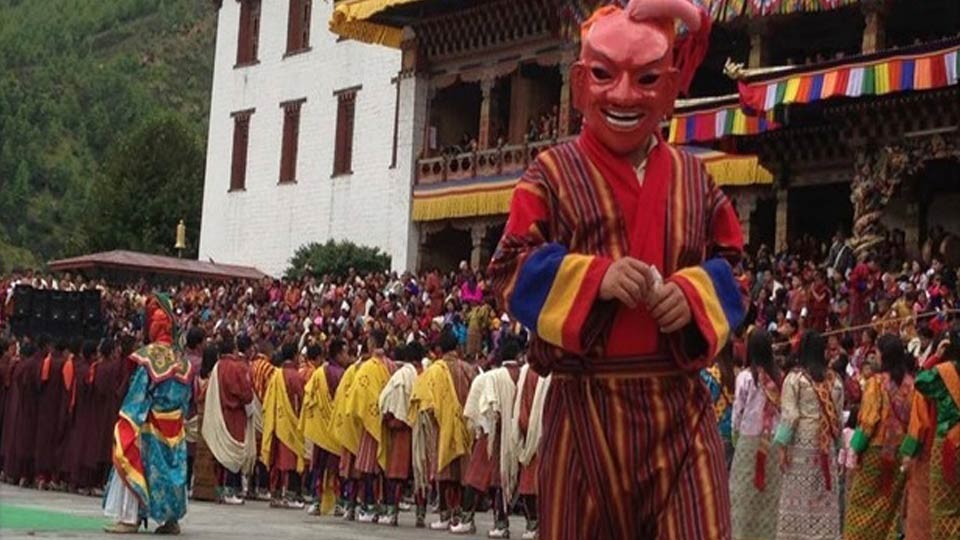 Thimphu Tsechu Festival Tour is one of the most popular festivals in Bhutan. This festival is held in Thimphu for 3 days beginning on 10th day of the 8th month of lunar calendar. Thimphu Tsechu was initiated by the 4th Desi, Gyalse Tenzin Rabgay in 1867 and later some changes were introduced in Thimphu Tshechu in the 1950s by the third Kingof Bhutan, Jigme Dorji Wangchuck.

This Thimphu Tsechu Festival Tour is witnessed by thousands of people from all over Bhutan. The actual Tshechu is preceded by days and nights of prayer and rituals to invoke the gods. To Bhutanese farmers, the Thimphu Tshechu is also seen as a break from farm life. It is an annual social gathering where people dress in their finest clothing and jewelries come to celebrate, receive blessings and pray for health and happiness. It brings you a closer contact with the local people and gives you an insight into the Bhutanese lives, beliefs and more.

During Thimphu Tshechu which is held at Tendrel Thang ( Festival Ground in front of Tashichhoedzong), the mask dances known as cham and folk dances are performed to bless onlookers, to teach them the Buddhist dharma, to protect them from misfortune and to exorcise all evil. It is believed that merit is gained by attending these festivals. The dances invoke the deities to wipe out misfortunes, increase good luck and grant personal wishes. The sacred Thongdrol of Guru Rinphoche is unfurled early in the morning on the last day of Thimphu Tshechu. It is believed that the Thongdroel is unveiled at dawn to bring blessings to all who view it.