Nar Phu Annapurna Tilicho Pass Trek lead us through the hidden village of Phoo (phu) and Nar village over Kang La pass and world’s highest Lake Tilicho Lake in Annapurna region of Nepal. Nar and Phu (Phoo) are restricted areas and have opened for the trekkers only since 2003. This unique “Off The Beaten Path” trek combines the blend of high peaks and passes, remote villages, narrow canyons, amazing rock formations, and Himalayan cultures simultaneously through out the trek. Because of the restriction in the areas, monasteries and valleys are still yet to be fully explored and has maintained an enigma. Crossing through challenging high passes of Khang La Pass (5280 meters), Mesokanto Pass (5089 meters) and visiting the world's highest lake Tilicho at an altitude of 4949 meters are the major attractions of Nar Phu Tilicho Lake Trek. This is an ideal trip for those trekkers who want to do a panoramic trek in Annapurna Region and also want to avoid the busy and crowded regions around Thorang La Pass.

Nar Phu Annapurna Tilicho Pass Trek  in these areas are unlike most of Nepal as the terrain is Trans Himalayan and similar to Tibet. Trails are rugged and at times cut high into the sides of the cliff, in an area that has changed little over the years. The trek spends a number of days exploring the region and visits the remote villages of Nar and Phu (Phoo), as well as crossing the Khang La Pass (5280 meters) which offers fantastic views of the Annapurna massif, Lamjung (6983 meters) and Manaslu (8163 meters). Another attraction is the world’s highest lake, Tilicho Lake (4949 meters) and the crossing of Mesokanto Pass (5089 meters).

The trekking route starts initially following the well-known Annapurna Circuit as far as Koto before heading into the previously restricted wilderness of Nar Khola Valley. The route then rejoins to the Annapurna Circuit, at Manang for a brief period but once again heads to the less visited route to Tilicho Lake. Mesokanto Pass (5089 meters) interlinks Manang and Kali Gandaki Valleys and ends Nar Phu Tilicho Pass Trek at Jomsom.

Can I customize the trip itinerary to make them suit me?

Can I add extra days to my trekking trip?

Holiday should never be about making it to the final point quickly. Along your trek, we can add days at your request with additional costs to cover guides, porters, accommodation, and food.

How do I prepare myself for the physical requirement for this trek?

An average physical fitness should be maintained prior to booking a trek. Any sort of illness or recent medical problems should be mentioned while booking a trip. Most of our itineraries are prepared to give you maximum time to acclimatize and pace-setting on the treks would be done according to your convenience. If you are having regular medication then tell us before the trip started which would be better for us to give you the physical feedback.

Our main concern is your safety. We never compromised on your safety during the Trekking and all our guides are properly trained and well equipped to take care of our client's safety even in remote areas as well.

Is there any arrangement made for an emergency while on Trekking / Tour?

There would be always back support in case of an emergency situation like severe high-altitude sickness or accident (which is least expected), you will be sent to the nearest hospital, if possible, otherwise rescued by a helicopter and sent you to the hospital as soon as possible. Since you are entirely liable for all the expenses incurred for the use of such emergency services, please make sure that your travel insurance covers both- medical and emergency evacuation costs.

I m a Vegetarian, is that a Problem?

It is not a problem at all because in a mountain most of the tea houses/lodges serve vegetarian food as well and our guide will take care at the time of cooking and on a camping trek, our cook and staffs will care all about the food section.

How is the standard of the lodges that we use on treks?

Most of the lodges in the mountains are basic like a guest house or tea house style. In a few major settlements Lodges are upgraded, where are the possibilities we provide you with the best accommodation! Also, it depends upon the service packages.

Will it be possible to charge my mobile and camera battery during the trek?

Lately, most of the teahouses have electricity supply even with solar panels. So, charging your gadgets is not a problem at all. But charging your battery you should have to pay an additional fee (US$ 1 to 3 approx. per hour.), in order to get your gadgets to be charged.

Is there any communication while we are trekking?

Now a day’s most of the major village has a cell phone network connection. However, in a remote area where cell phone does not work, and even if there is not any other communication access then we send satellite phone along with our guide so you can easily be in touch with your family.

Will there be a place to store items/clothing not required for the trek?

Yes, either you can store at the same hotel as you stayed or we can store your goods with us safely in our office free of cost.

How much luggage is allowed on treks?

The luggage must not exceed up to 20 kilograms. A trekking helper (porter) carries the baggage of fewer than 20 kilograms. This bag can be received at the end of each day’s trek and you should carry the rest of the weight as a day bag with all your money and valuables inside it.

About Tipping and Suggestion:

This is a difficult thing to gauge. We have seen everything from USD 25 to USD 900 per person for guides and porters. Tipping is not required, but a small gesture of thanks to your guides and local porters. The level of the tip should reflect the level of satisfaction from and personal involvement with your guide. However, we recommend you to spend a minimum of 10% of your total trip cost for tipping the entire local staff. 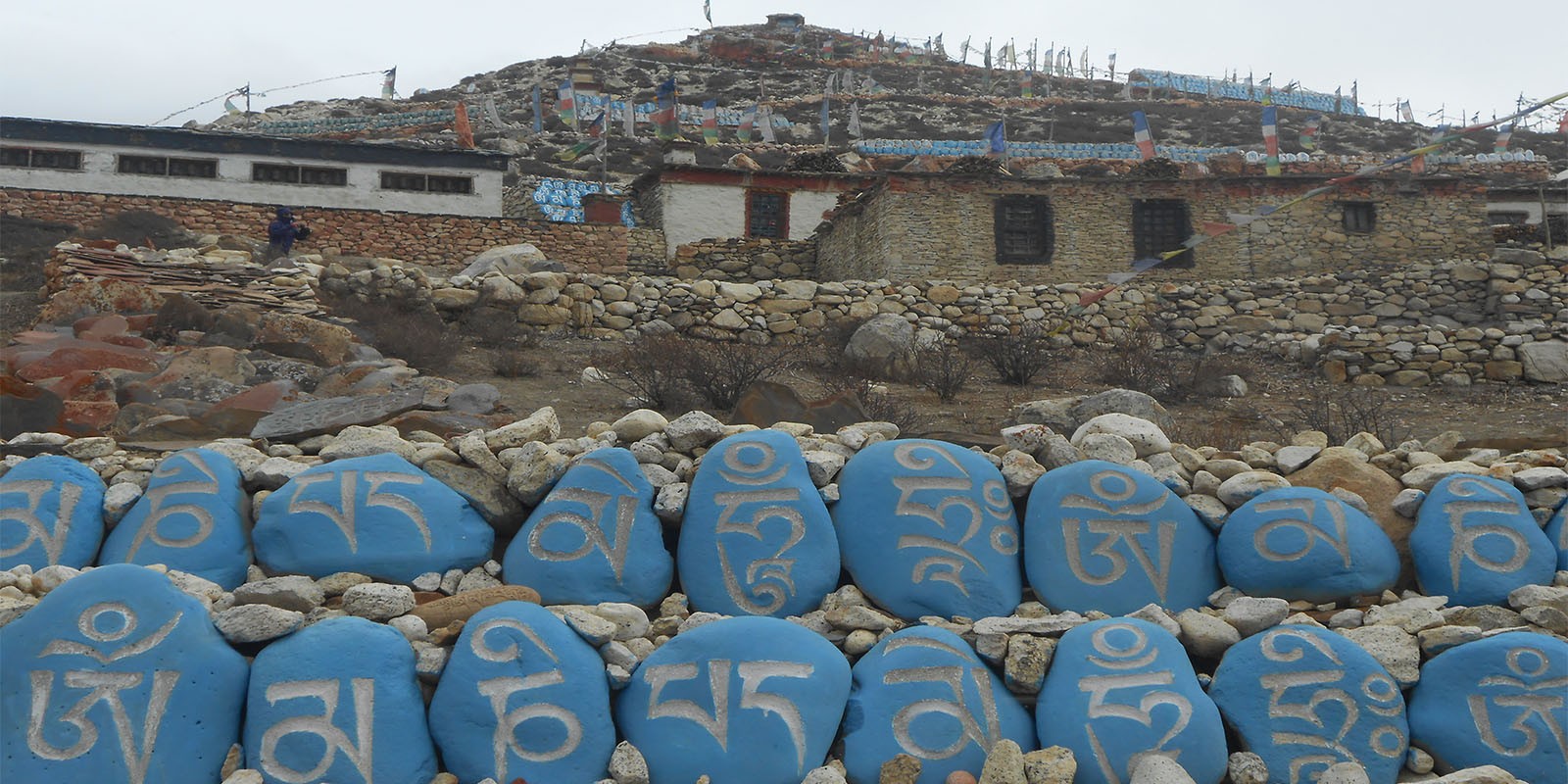 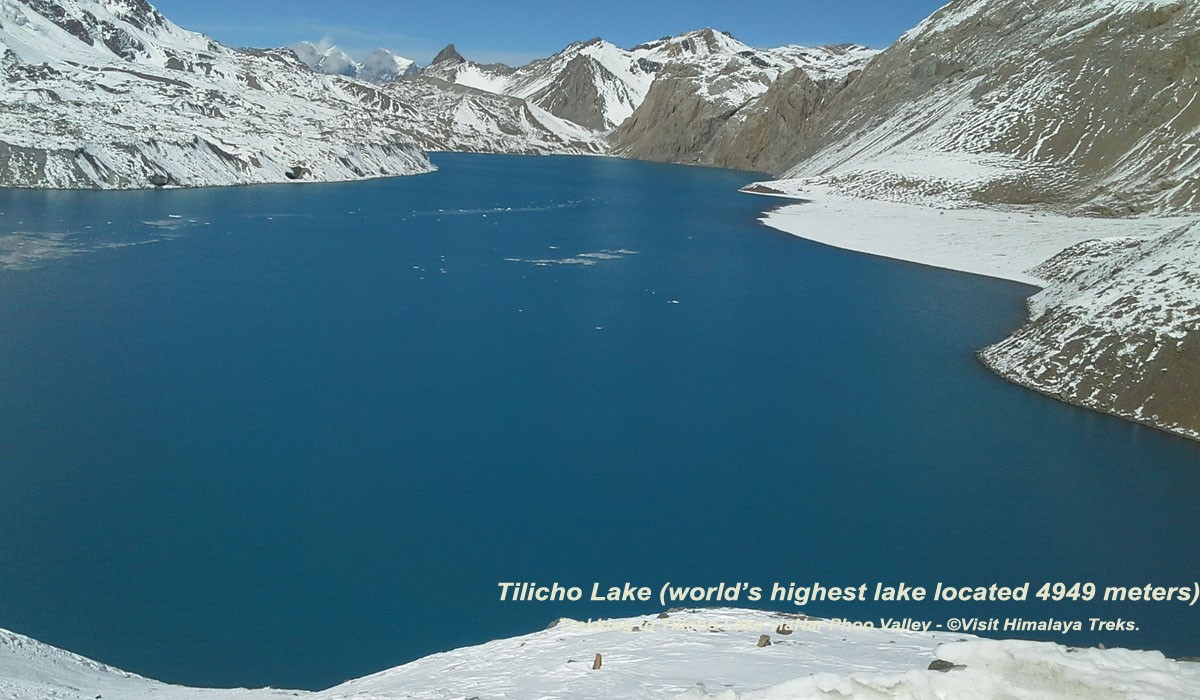 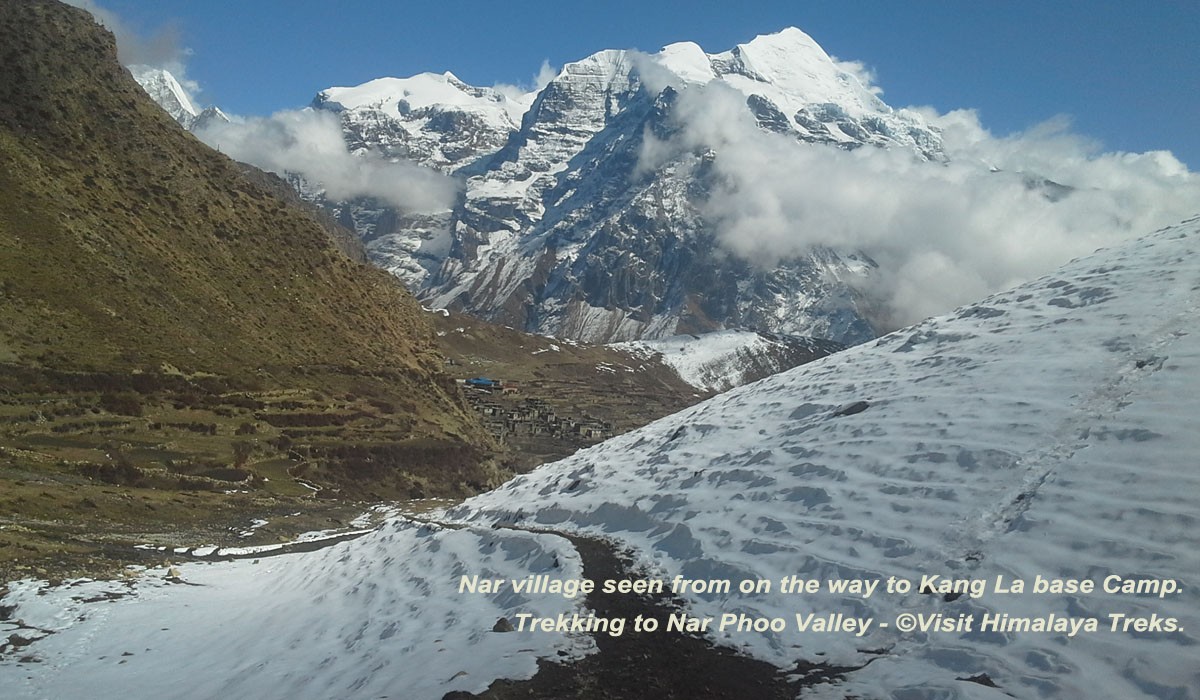 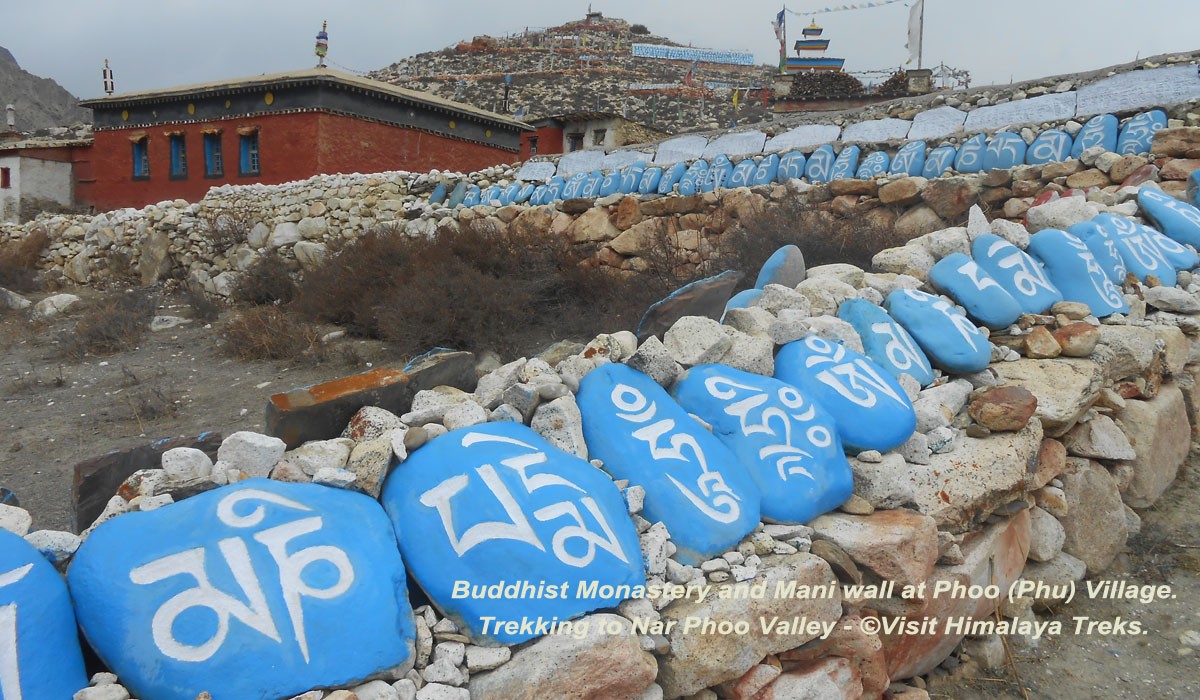 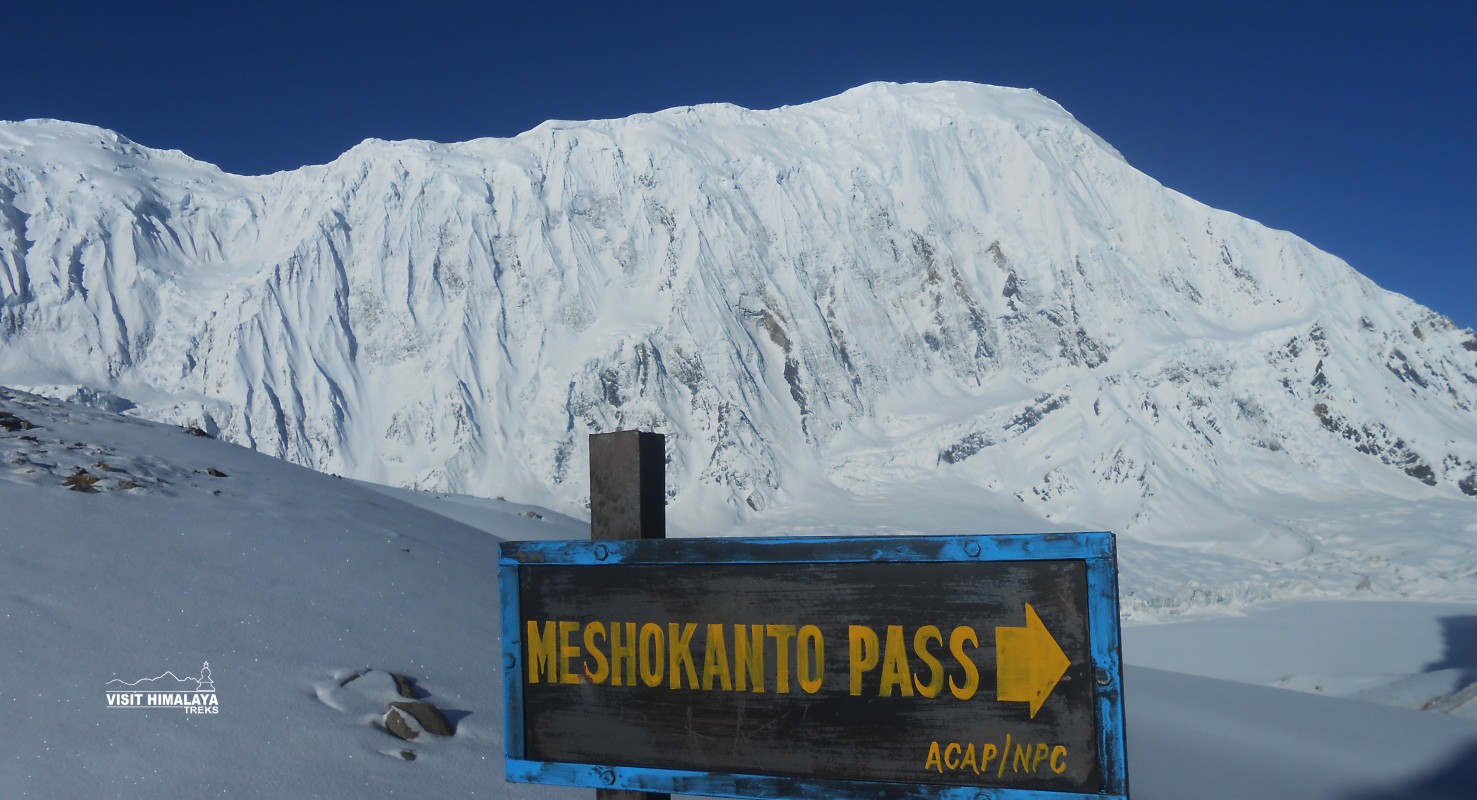