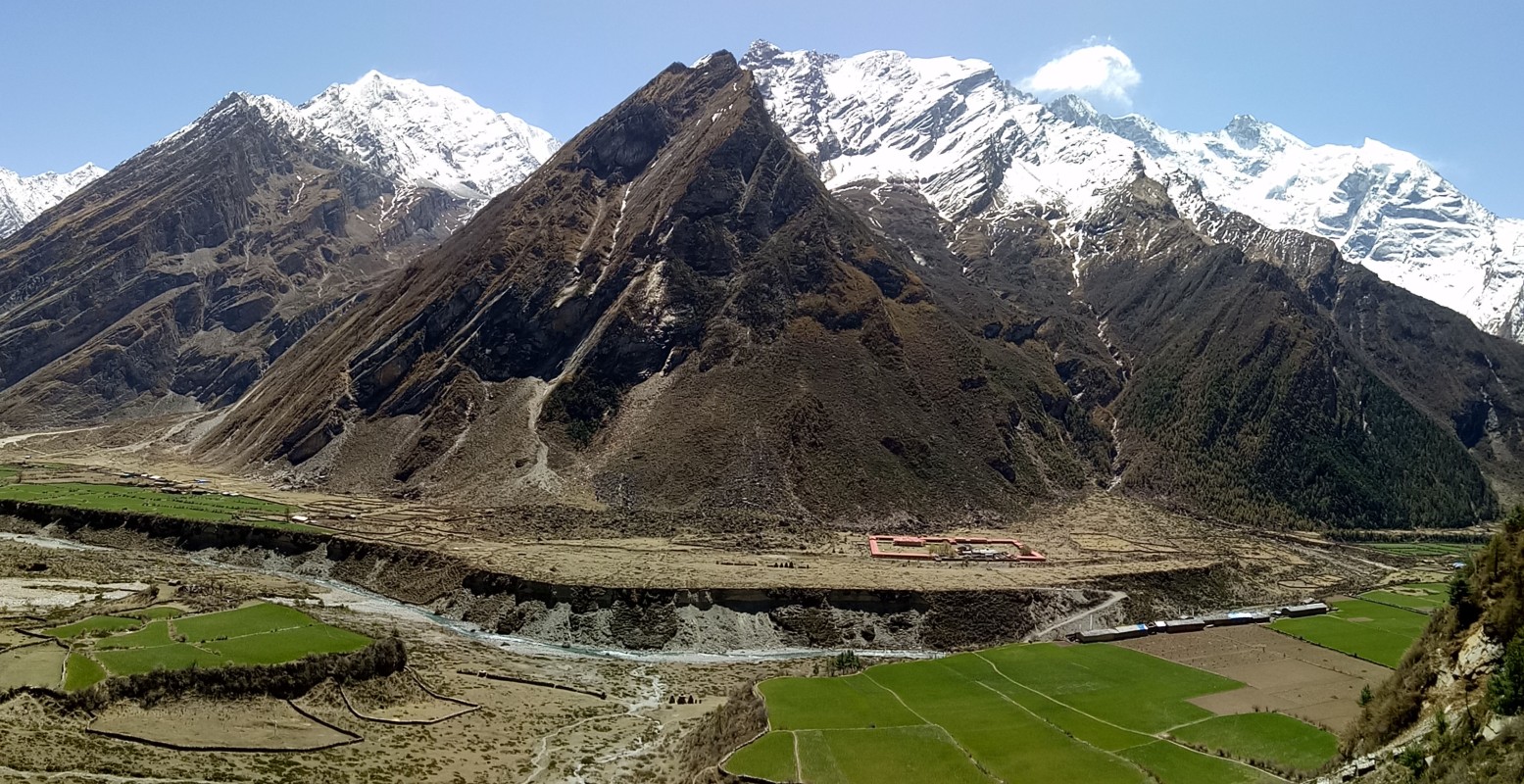 Tsum Valley Ganesh Himal Base Camp Trek is "off the beaten path" trek in the mysterious valleys of Tsum, at the Nepal - Tibet border in the Manaslu Region. Perfectly set with the majestic backdrop of the Ganesh Himal (7422 meters), Shringi Himal (7161 meters), Boudha Himal Range, this placid valley is also rich in Tibetan culture and has several ancient monasteries. Still intact, the unique culture of Tsum Valley due to its remoteness and inaccessibility can also be experienced to full on Tsum Valley Trek.

Like most of the treks in Nepal, Tsum Valley Ganesh Himal Base Camp Trek starts through terraced villages and gradually climbs on to alpine meadows and pastures. Aarughat, Soti Khola, Machha Khola, Jagat and Phillim are the villages before the trek enters the higher lands inhabited by people from Tibetan origin. After Phillim, increasing numbers of mane walls and small chortens mark the trek's entry into the Tibetan Buddhist villages of Manaslu Region. Tsum Valley offshoots from the main trail after Phillim and extends all the way up to Tibetan border. The valley is enclosed by Ganesh Himal Range, Boudha Himal and Shringi Himal and offers a stunning mountain panorama. Old and important monasteries of Manaslu Region, like Mu Gompa and Gomba Lungdang adds a spiritual feel to the already scenic valley of Tsum.

Reviews ( 1 Reviews For This Package )

Himal from Visit Himalaya Treks was very helpful and it was very easy to arrange the trek over email. We arrived a day earlier than planned due to the airline cancelling our original flight but it was no problem to leave a day early on the trek as well. The guide Hari and the porter Hom were great. They are very helpful along the trail and in the tea houses, very safety conscious, and walked at our pace rather than their own. In fact they even went back and rather amazingly "rescued" a walking pole I had dropped down a very steep rockfall.

The trail is spectacular, in Tsum Valley, Ganesh Himal and on the Manaslu trail. There are some climbs into Tsum Valley but once there, it levels off you are effectively in Tibet; Buddhist flags and mani walls everywhere and just about everyone wears the traditional dress. On the Manaslu trail there are high mountains all around (start walking early to get the best views during this time of year). The trail gradually rises over several days and an extra day to acclimatise made sure we had no problems with the altitude; the intinary works very well. Crossing the pass is not that easy if you are out of shape like me but spectacular.

All in all we were very happy with Visit Himalaya Treks and we highly recommend them; we will certainly book with them again when we go to Nepal. 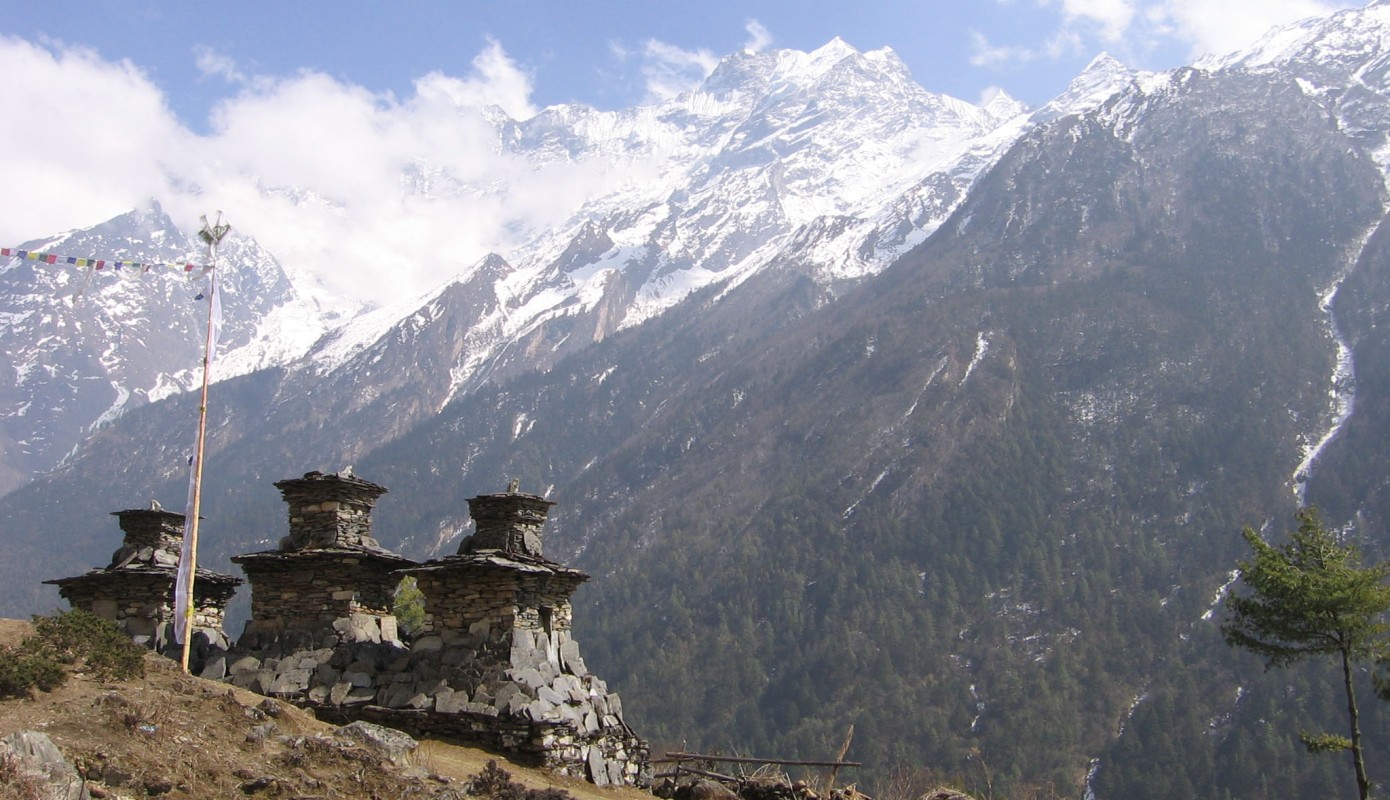 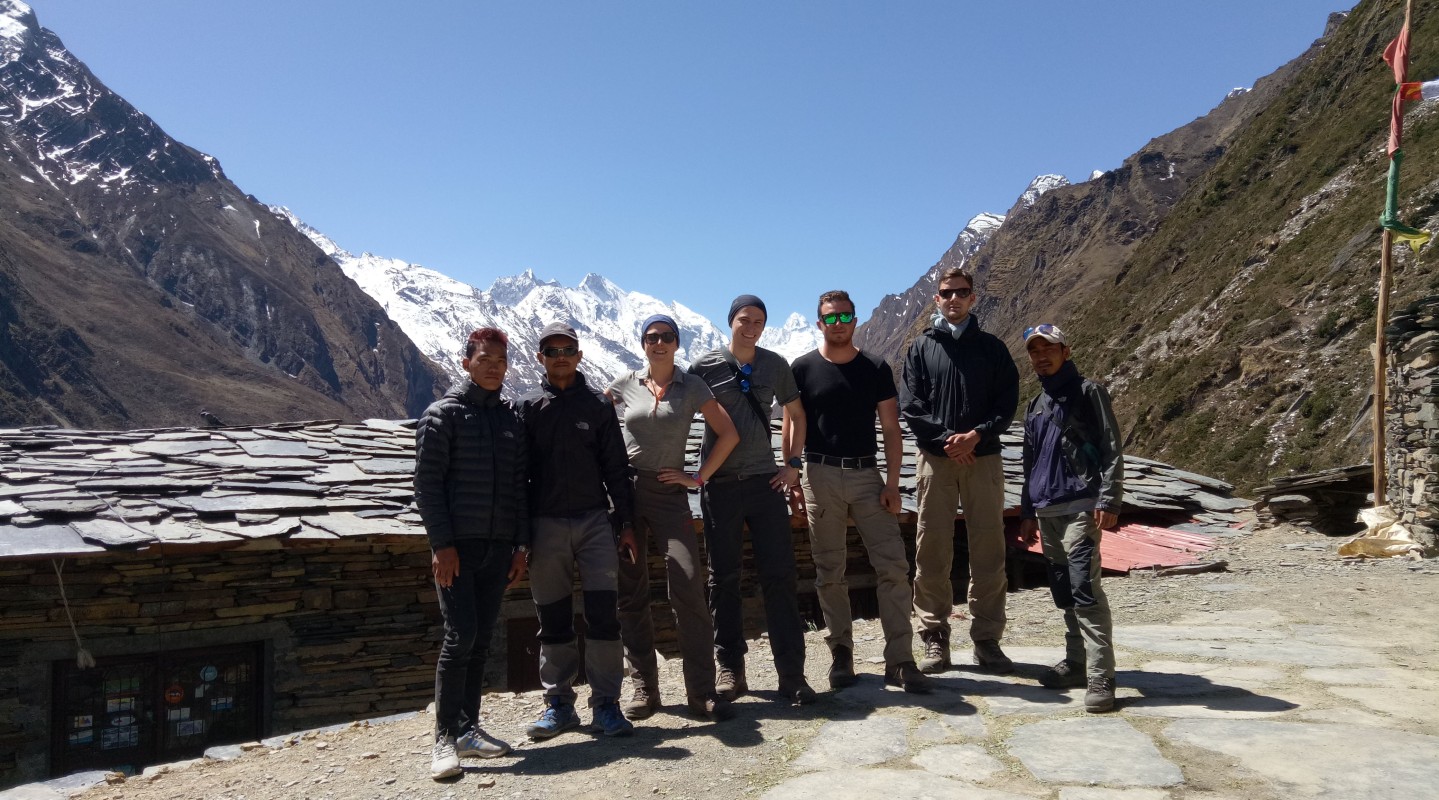 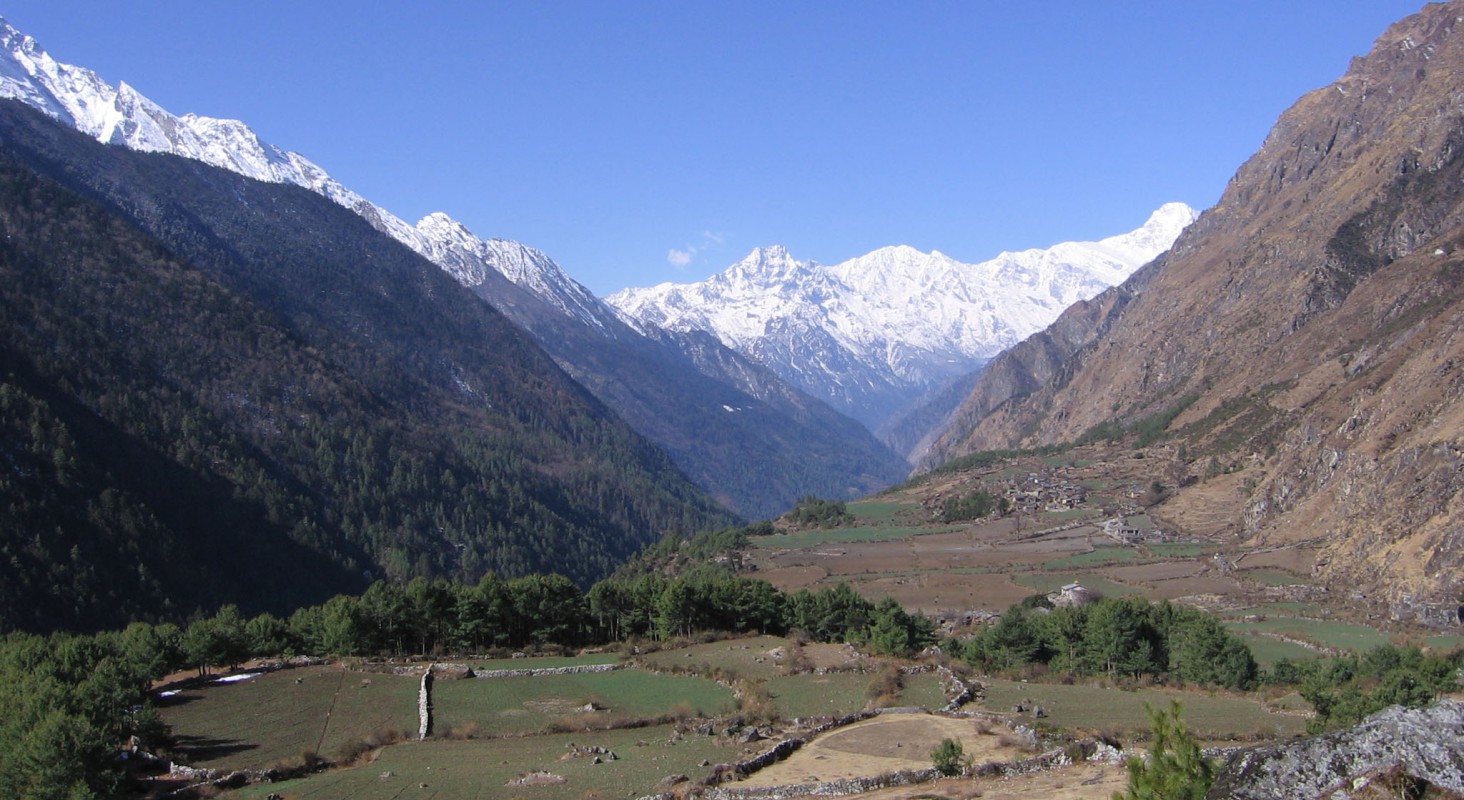