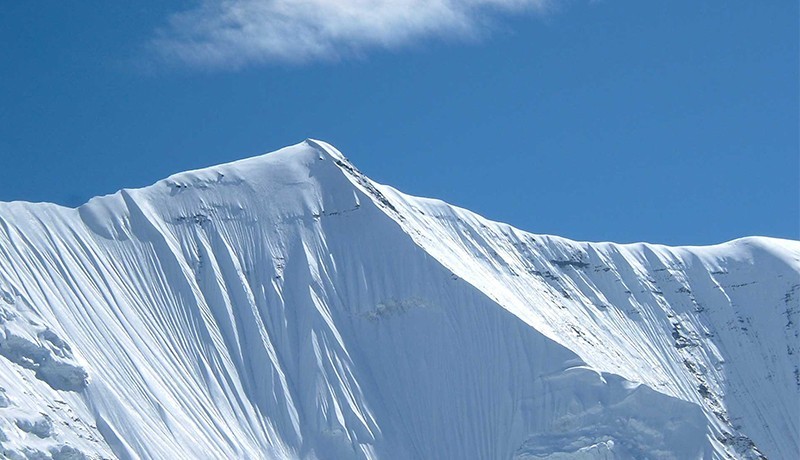 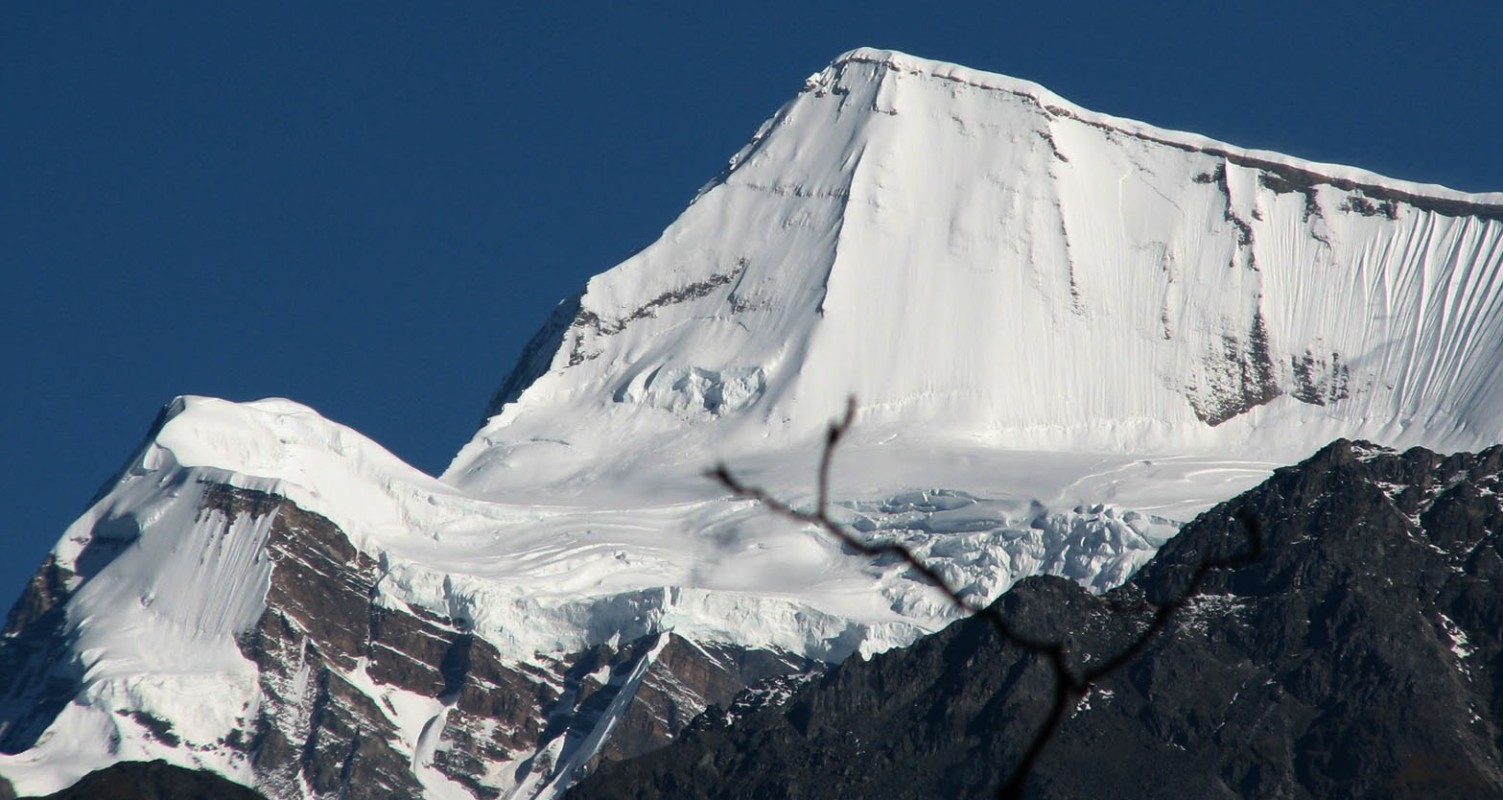 Putha Hiunchuli-Dhaulagiri VII Peak Climbing, and adventure around remote pockets of Lower Dolpo and southwest of massive Dhaulagiri Himalayas. A fascinating wild country to experience enclosed by staggering snow peaks in an isolated corner from the rest of the world. The Putha Hiunchuli, an adjoining peak of the world’s 7th high Mt. Dhaulagiri at 8,167 m / 26,795 feet.

Putha Hiunchuli towers high at 7, 246 meters / 23, 773 feet, also called as Dhaulagiri VII. Which is a part of the great Dhaulagiri Himalaya range that extends to the southern flank at Dolpo. Putha Hiunchuli was first summited by late Jimmy Robert and Ang Nima Sherpa in 1954, since then it is seldom climbed. Putha Hiunchuli or Dhaulagiri VII peak, a striking mountain to enjoy the classic adventure, leads to a straightforward climb. Includes some technical difficulties sections to cope towards the summit, a strenuous haul but worth the experience. On top of after a hard effort rewards with a spectacular panorama of all Dhaulagiri Himalaya range with Annapurna peaks towards the east. The view extends towards Mustang and Mukut Himal, as far towards Kagmara and Kanjiboraba Himal of western Dolpo peaks.

The trek to Putha Hiunchuli-Dhaulagiri VII Peak Climbing is more of exploration rather than a normal walking Himalayan journey. The route leads to sheer wilderness after Tarakot and Panjing villages, on least ventured trails by a few trekkers and adventurers. An enjoyable walk as the route follows through the lovely village of Tarakot. A fortress village guarding the country against outside invaders during the Malla kingdom period around 14th to 17th Century. An impressive place Tarakot to visit and its old Sandul Gompa/monastery, after walking from Dunai to Tarakot. Adventure to Putha Hiunchuli-Dhaulagiri VII Peak Climbing begins from Kathmandu taking a sweeping scenic flight to Nepalgunj city. Located Nepal Far South West around sub-tropical climate area, where connecting short flight lands at Jhupal in Dolpo. From Jhupal to Dunai, a major town and headquarter of Dolpo district, a walk leads to old Tarakot village.

After Tarakot route leads towards our major destinations to Putha Hiunchuli or Dhaulagiri VII peak within sheer mountain wilderness. Walk to isolated villages of Panjing and Kagkot Gaon, an interesting settlement to explore traditional farm life and its monasteries. From here onwards adventure leads to windswept high mountainous country heading past summer grazing pastures of yak and other cattle. Altitude gains gradually towards interim camp, also called German Base Camp, and then climb further to Putha Hiunchuli base camp. At Putha Hiunchuli base camp at 4, 910 m high, having ample time for Acclimatization and preparations. For the final bid to the summit of Putha Hiunchuli / Dhaulagiri VII peak climb, along with favorable weather conditions. Ascent to major highlight destinations Putha Hiunchuli peak, reserved two weeks, as well having time at base camp. Within 14 days members and climbing guides will plan and scout the route for a safe and successful climb.

The straightforward route to the summit is North-East Face, which is more reachable crossing a stream of Kaya Khola. The tributaries of Barbung Khola, located straight towards Kagkot valley, from the base camp to make the climb much more accessible. Setting three higher camps from first to the last Camp III at 6,500 m high before the summit bid. After a good rest at base camp with some Pre-climbing practice, a guide and leader will set up the right day. Leaving the base camp for some days towards Camp-I and II, then reaching the final last Camp III. A nice spot on a snowy small level field, then head for the summit early morning before the crack of dawn.

Our guide will fix ropes and ledges where necessary on technical sections of the climb to the top. On reaching the summit of Putha Hiunchuli / Dhaulagiri- VII and achieving the victory of a lifetime experience and adventure. Enjoy the dramatic panorama of the snow mountain range, overlooking the Dhaulagiri Himalaya range, with the Nilgiris and Annapurna group of peaks. The view extends far to the peaks of Dolpo, feeling in great spirits standing on the highest spot at 7, 246 m.

After a great successful feat, then head for the return journey to Dunai and Jhupal on leaving the base camp. Clearing the camp leaving nothing only the footprints, depart from the wilderness back to human civilization at Dunai and Jhupal. An exciting flight brings you to Kathmandu after a brief stopover at Nepalgunj city airport. After an amazing adventure and experience on Putha Hiunchuli-Dhaulagiri VII Peak Climbing.

Best Seasons for Putha Hiunchuli Peak Trek & Climb:
The best time is in the spring season from April, May and early summer of June month. Most days are bright with longer sun-light hours, during spring the hills and valleys are lively with wildflowers in seasonal bloom. Cold morning and night-time, chances of light rains and snowfall sometimes around higher elevations. The next best season is autumn, from September to November one of the high and peak times around the Himalayas. Days are mostly clear and bright but gets dark soon due to short sunlight hours. Cold morning, late afternoon and nighttime with the clear bright starry night sky, chances of snow sometimes.