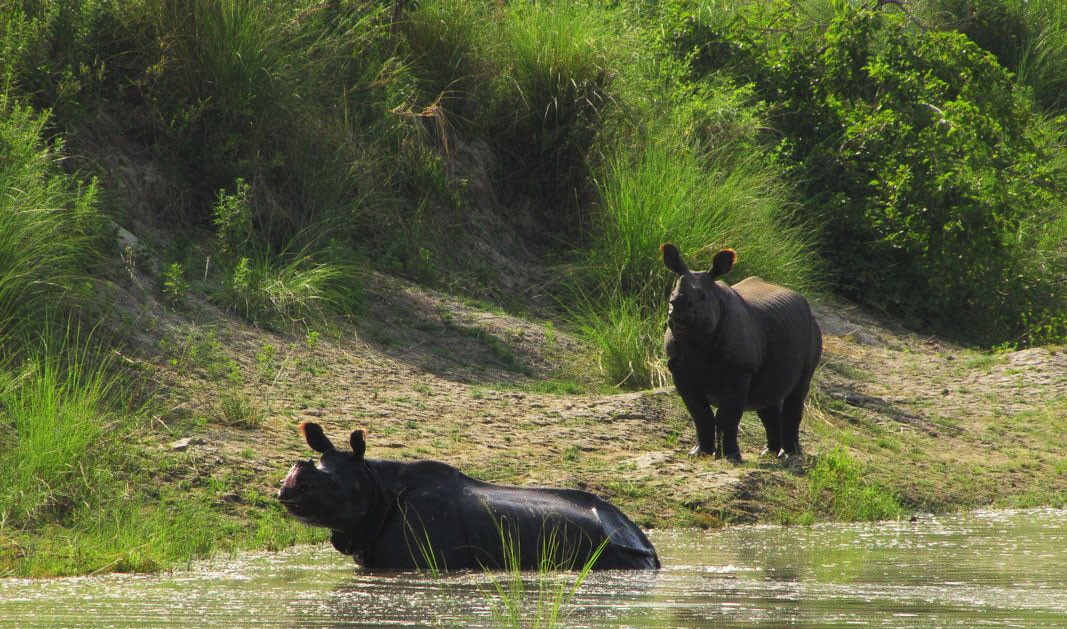 Bardiya National Park is established in 1984, this park is situated in Nepal’s western Terai. It covers 968 sq. km. The park offers a variety of experiences in its vast undisturbed wilderness. About 70% of the forest consists of sal trees (which are used for the beautifully carved windows in Kathmandu) with a mixture of grass land and riverine forest. The park is home to endangered animals such as the Bengal tiger, wild elephant, greate. One-horned rhinoceros, swamp deer, and black buck. Other endangered species include gharial crocodile, marsh mugger and Gangetic dolphin, 200 species of birds and several species of snakes can also be seen in the park. Certain ethnic groups live in the park as well and you can experience their culture and traditions.

The best time to visit Bardiya National Park and Shuklaphanta Wildlife Reserve is from mid-September till mid-December and the starts of February till the end of May. During these months day temperatures vary between 25 up till 37 degrees and animals will move to the river to drink which gives you better chances to spot them. From mid-December onwards till the end of January it can be more chilly and sometimes we have foggy weather. The monsoon brings hot and sticky days and starts in June and lasts till the end of August. The rising river levels can make access to the park difficult.

Day 03: After Breakfast, drive to Nepalgunj airport about 2 hours and take a flight to Kathmandu.